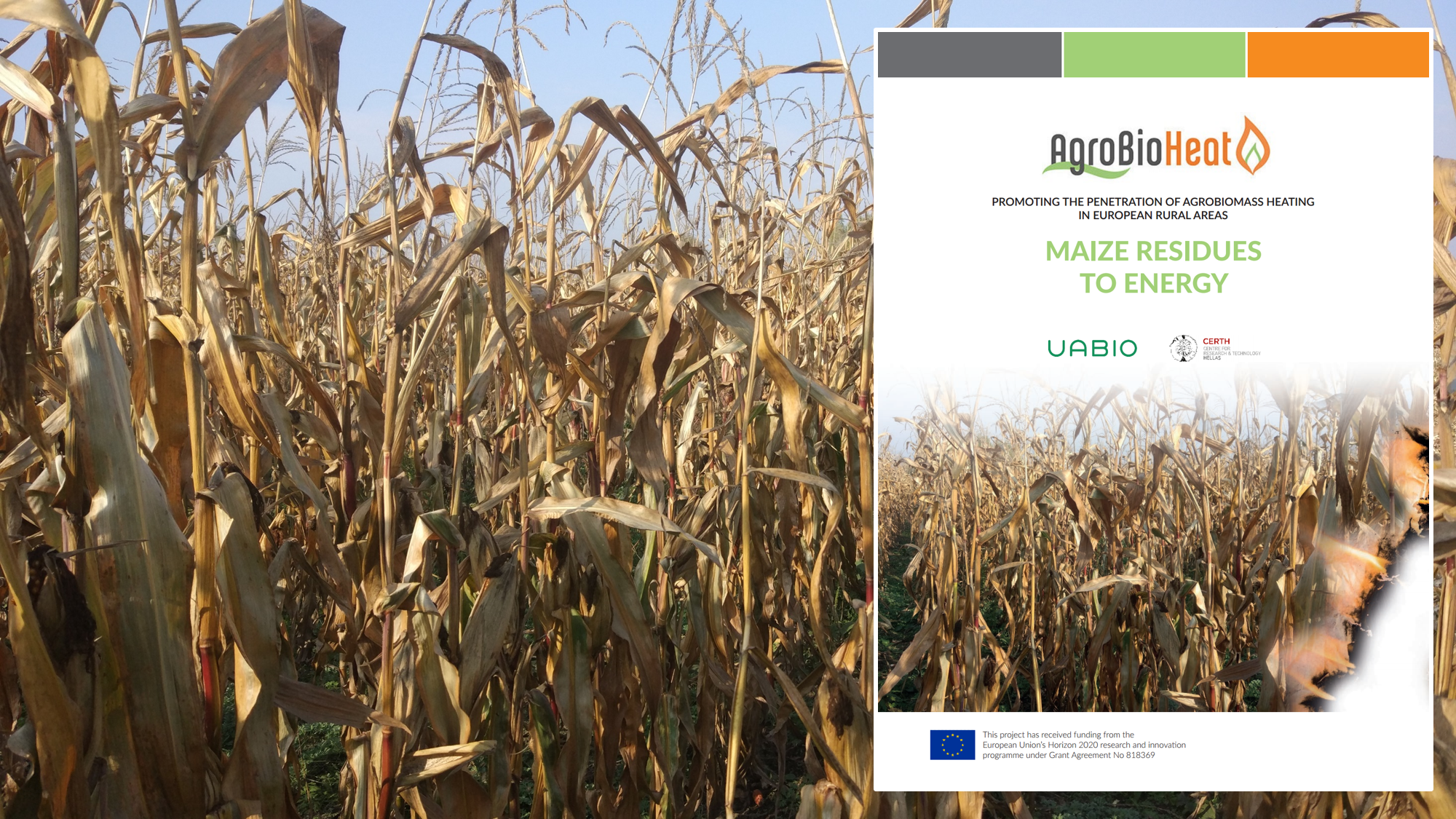 Bioenergy Association of Ukraine (UABIO), in collaboration with Centre for Research and Technology Hellas (CERTH), has just released the Guide “Maize Residues to Energy”. The publication is part of the work done in the AgroBioHeat project, which is an EU-funded project that draws attention to the plentiful renewable biomass resources available in rural Europe that can contribute to the transition away from fossil fuels.

Maize is one of the most important crops in the world. The total area under maize was almost 14.5% of arable lands in the EU, and above 18.5% in Ukraine. Since the 2018/2019 harvesting period, the annual global production of corn has exceeded 1.1 billion tons.

For every ton of corn grain that is produced, typically one or more tons of plant residues are produced: stalks, cobs, leaves, husks and others. Part of this huge volume of maize residues can be mobilized and used as a carbon neutral fuel for the production of heat and/or electricity, reducing dependence on imported fossil energy sources.

Using maize residues for energy can be challenging for various reasons: difficult fuel properties, lack on appropriate harvesting implements, considerations needed to maintain soil sustainability and others. Lack of knowledge on what is the current state-of-the-art, potential limiting – and enabling – factors can be a hindrance for new attempts to mobilize this biomass resource. The Guide “Maize Residues to Energy” aims to systematize the available knowledge and assist farmers, project developers, policy makers and any other interested party in implementing successful initiatives.

The “Maize Residues to Energy ” Guide is already available in English and, in collaboration with the national AgroBioHeat partners, it will be translated and will be soon made available in Croatian, French, Greek, Romanian, Spanish, and Ukrainian languages.

The AgroBioHeat project has already released the 2nd edition of the publication “Straw to Energy – Technologies, policy and innovation in Denmark”, while two more guides on agro-industrial residues (olive stones, sunflower husks, etc.), and woody biomass from agricultural (prunings, uprootings, etc.) are in preparation. If you want to be notified upon their launch, please follow the AgroBioHeat project on our social media – Facebook, Twitter or LinkedIn – or visit our webpage www.agrobioheat.eu.